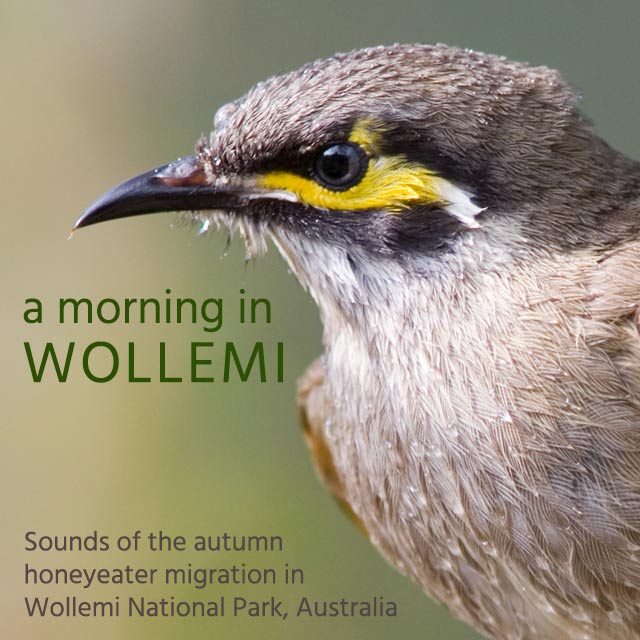 A Morning in Wollemi Between the months of March & May in south-eastern Australia, large numbers of Yellow-faced & White-naped Honeyeaters migrate north through the Blue Mountains into their winter feeding areas further afield. This recording was made just after dawn in Wollemi National Park and captured the sounds of flocks of honeyeaters as well as other bird species moving through the forest on a cool autumn morning. This single-track recording captures the sounds of Australia’s east coast honeyeater migration in autumn. A mixture of bushland birdsong can be heard as flocks of Yellow-faced & White-naped Honeyeaters move through the forest canopy.