The Southern Boobook (Ninox boobook) is Australia’s smallest and most common species of owl. Often called the ‘boobook owl’ or ‘mopoke’, this versatile species is found throughout mainland Australia, Timor, the Sundas and also southern Papua New Guinea. Southern Boobooks can live in a wide variety of habitats including rainforests, semi-deserts, farmland and even city parks. Despite being common and widespread, they are often hard to see during the day as they generally roost well-hidden in dense foliage. 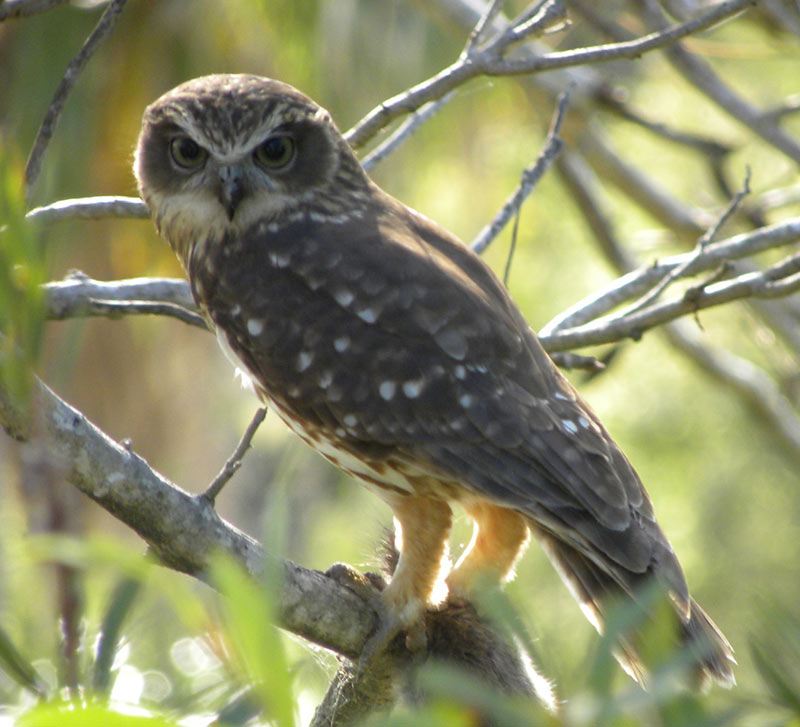 The call of the Southern Boobook is one of the most common sounds of the Australian bush at night. Typical calls consist of a double note ‘boo-book’ which can be heard throughout the year. They also make a lower-pitched, rapid call and occasionally a grating call which sounds not unlike the call of the Glossy Black Cockatoo (Calyptorhynchus lathami). Juveniles often make a trilling or hissing-type call.

B22h18m42sa This first sample features the classic two-note calls of the Southern Boobook. Crickets call in the background and towards the end of the track Common Eastern Froglet (Crinia signifera) can be heard calling from the adjacent marsh. Recorded in Dharug National Park, NSW.

B22h18m42sb The second sample starts with a few typical calls which soon accelerate into a lower-pitched rapid call. The coughing growl at 00:18 is a Common Brushtail Possum (Trichosurus vulpecula) and the call of Common Eastern Froglet (Crinia signifera) can be heard between 0:25-0:34. Recorded in Dharug National Park, NSW,

XC201470 This third sample was recorded in Wollemi National Park, NSW, and begins with some typical call phrases. From 0:16 a few grating calls can be heard from a second bird in the background. Eastern Yellow Robin (Eopsaltria australis) & Superb Fairywren (Malurus cyaneus) can be heard calling as well.

XC171992 In this recording, typical two-note calls can be heard with the repetitive ‘yip’ calls of Sugar Glider (Petaurus breviceps) in the background. Common Eastern Froglet (Crinia signifera) can also be heard. Recorded in Dharug National Park, NSW. 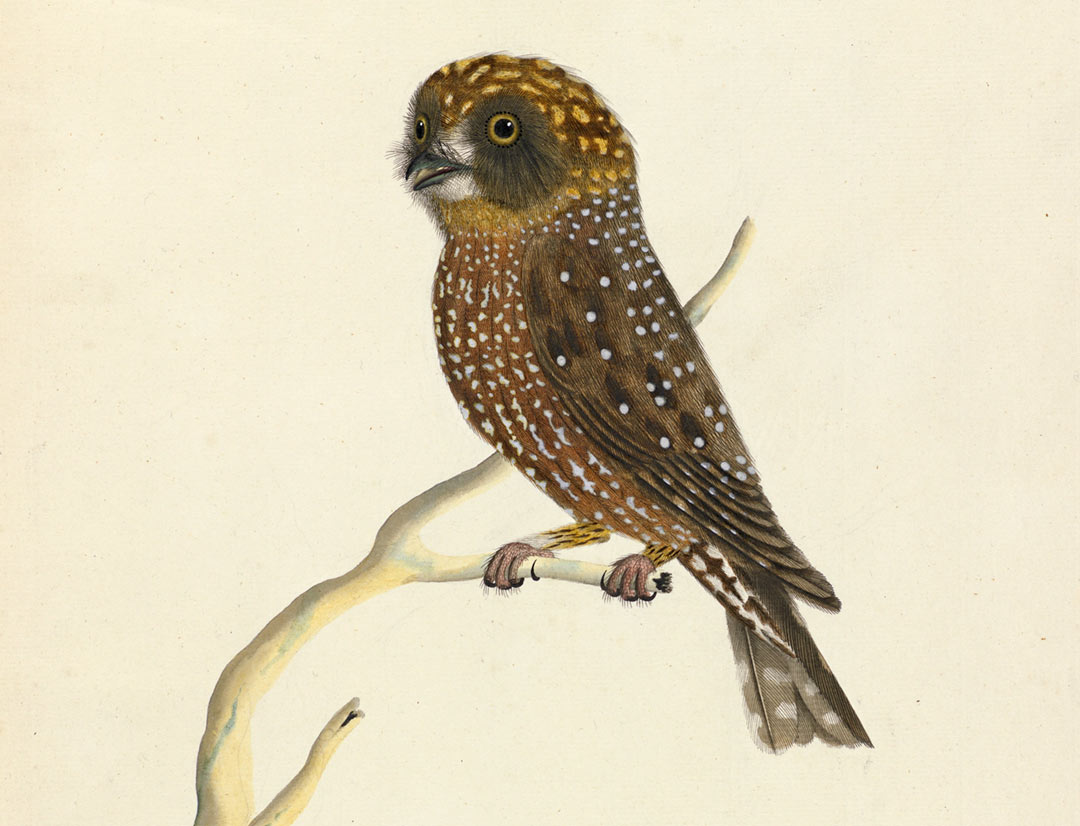 Watercolour painting of a Southern Boobook by ‘The Sydney Bird Painter’. This pre-1800 painting is held by the National Gallery of Victoria.