Recorded over a number of days in Kubah National Park, Sarawak (Borneo), this album captures some of the incredible soundscapes of the tropical rainforest. Each day, the rhythms of frogs, birds, cicadas, katydids and crickets fill the humid air. Most intense and unique of all the soundscapes is Kubah’s dusk chorus, which has to be one of the richest bioacoustic experiences on the face of the planet!

In 2014, track six of this album “Dusk by the Frog Pond” was voted the ‘The Most Beautiful Sound in the World‘ in a competition sponsored by Beautiful Now, The Sound Agency & Soundcloud. There were a number of other entries featuring the sounds of nature which were also worthy winners of that competition. The natural sounds of our planet are expressed in infinite variety. I’m delighted that this sound was a favourite, and I’m sure many would agree that it is just one of many ‘most beautiful sounds in the world’!

The 15 minute track “Dusk by the Frog Pond” is track six on this album, but also available as a single track download – http://wildambience.com/dusk-by-the-frog-pond/ 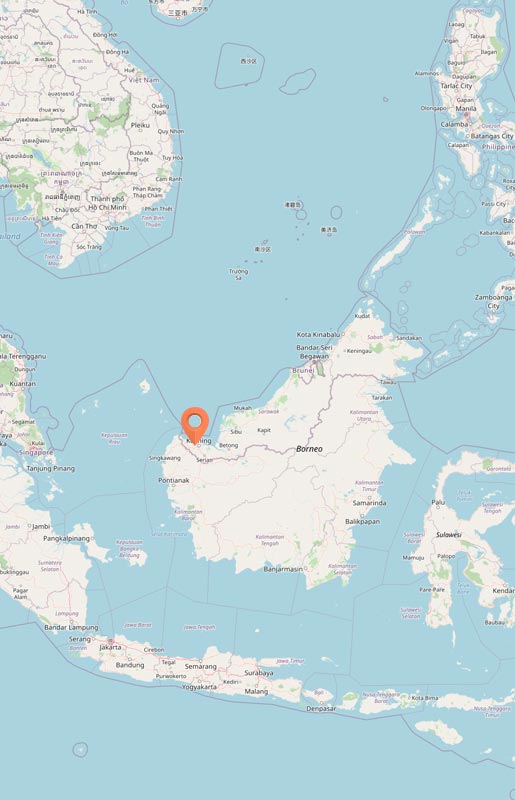 In the dim predawn light, crickets and frogs call softly while the first of the diurnal birds soon become active. The calls of Rufous-crowned Babbler, Brown Fulvetta, Diard’s Trogon, Gold-whiskered Barbet and Black Magpie are heard while it is still dark. As the light brightens the alarm-like sounds of ‘morning-fanfare’ cicadas ring through the forest (3:35). Later in the track, woodpeckers drum and Chestnut-breasted Malkoha make a soft repetitive knocking call. At 8:40 a Cream-coloured Giant Squirrel can be heard with it’s bubbly chattering.

As the morning air warms, the soundscape becomes softer with many birds dispersing to find food. Golden-whiskered Barbets call from high in fruiting trees along with Asian Fairy Bluebirds and various bulbul species. Insect activity intensifies with waves of cicada sounds building quietly in the background.

This track was recorded much later in the day around 4:00pm. Cicadas call rhythmically while perched on the branches of large forest trees. Golden-whiskered barbets make the monotonous ‘te-woop-te-woop-te-woop’ calls. If you listen closely you can hear the slow, soft low-pitched ‘oom-oom’ calls of a Common Emerald Dove. Towards the end of the track, distant calls from Empress Cicadas signal the falling of dusk.

A rich dusk soundscape featuring the incredible calls of the world’s largest cicada species, the Empress Cicada (Megapomponia imperatoria). A White-rumped Shama whistles sweet phrases and scratchy calls from the dark undergrowth while a host of other insects and cicada species add complexity to the chorus.

Recorded near the forest floor amongst cluster of pitcher plants (Nepenthes ampullaria). The pebble-like croaks of one of the world’s smallest frog species, Microhyla nepenthicola, can only be heard in this micro-habitat in Kubah and some nearby locations. They are entirely dependent on these water-holding pitcher plants where they lay their eggs and tadpoles can develop. This frog species was only described in 2010, when scientists noticed their unique and powerful call which is featured on this track.

Recorded by a small natural pond in the rainforest as just before dark. This track is loaded with biodiversity! Various frog species call from the edge of the water including the unusual up-slurred ‘wrooerk’ of the Mahogany Frog. Empress Cicadas and other insects pulsate in the forest overhead and a few barbets and other birds still call in the fading light of the rainforest canopy.