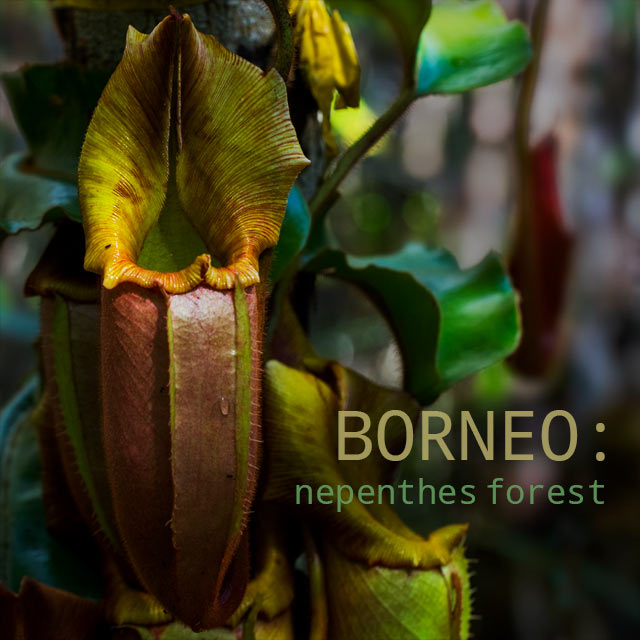 Gentle rain, frogs, birds and a thunderstorm recorded in one of Borneo’s unique habitats. Known as Sabah’s ‘Lost World’, Maliau Basin is a spectacular area of pristine forest deep in Borneo’s interior. A range of habitats can be found in Maliau Basin including lower montane rainforest and rare montane heath (kerangas) forest. These moist, mossy heath forests are home to an abundance of carnivorous pitcher plants (Nepenthes) which grow both on the ground and as epiphytes.

In 2015 I went on a three-day hike into the area, recording sounds from a variety of habitats. This album features recordings from the ‘nepenthes forests’ of the lower montane areas of Maliau Basin. In contrast to the vibrant lowlands, the soundscapes of this habitat were more subdued with less active birdsong and subtle insect choruses. Rain was frequent and thunderstorms developed each afternoon, the sounds of water dripping from the foliage above was a constant in these misty forests.

Read the ‘Track Notes’ below for a more detailed description of the sounds on this album. Published as a single 93 minute track, this album consists of a selection of five recordings captured over the period of a three days in the Maliau Basin. Each recording overlaps briefly with the next, resulting in a single seamless long track. 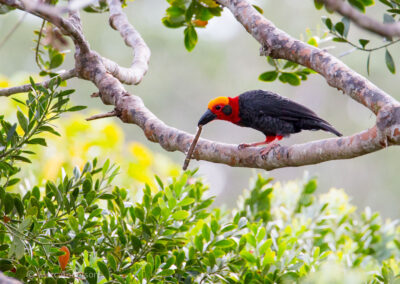