A natural soundscape featuring the unique sounds of ‘pobblebonk’ frogs along with birdsong in the Australian bush. Named after their distinctive banjo-like calls, Eastern Banjo Frogs (Limnodynastes dumerilii) [also known as Pobblebonks!] are a type of burrowing frog found in South-eastern Australia. Males of the species produce a single ‘bonk’ note, with other individuals often calling in response. After periods of rain Banjo Frogs are most active and vocal, and in this recording dozens of individuals can be heard creating a unique soundscape at a small dam surrounded by woodland in north-east Victoria.

The tracks on this album are sections of a single-take recording made late one afternoon at this location. All five tracks feature the natural sounds of Eastern Banjo Frogs along with native birdsong from the surrounding box-ironbark woodland. 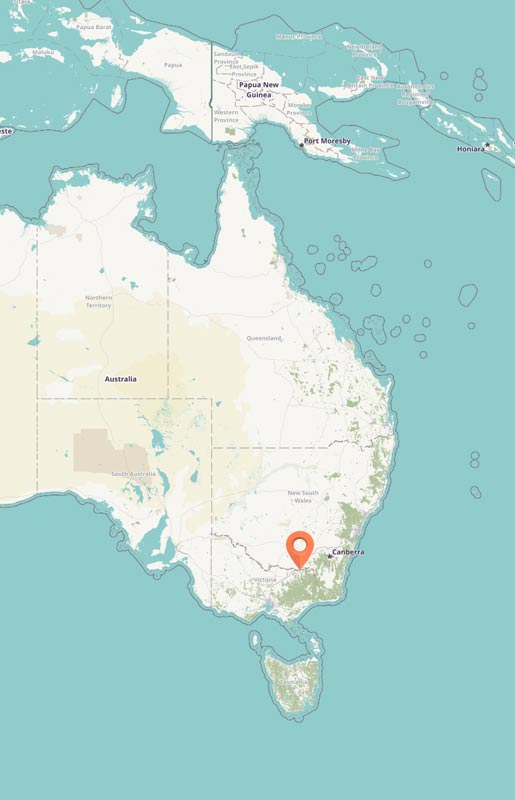 On this first track, a light breeze blows through the box-ironbark woodland and birdsong fills the air. Honeyeaters are abundant, with Red Wattlebird, Noisy Friarbird, Fuscous Honeyeater, White-plumed Honeyeater, Black-chinned Honeyeater and Yellow-tufted Honeyeater competing for nectar from the flowering eucalypts. Restless Flycatchers call while hovering over the reeds at the edge of the wetland and Grey Fantails and Yellow Thornbills call from the shrubby mid-storey. Towards the end of the track other frog species can be heard including Peron’s Treefrog, Common Eastern Froglet & Spotted Marsh Frog.

On this second track of the album, a Grey Shrikethrush sings from a tree adjacent to the wetland. A Willie Wagtail also starts singing toward the end of the track.

The softer birdsong on this track begins with the low-pitched cooing of a Common Bronzewing, which adds a steady rhythm to the soundscape. Weebills and Mistletoebirds call from the treetops, and an Olive-backed Oriole can be heard in the distance.

A family of Australian Magpies visit the dam and with their lovely calls and song – one of the most iconic sounds of the Australian bush.

As the sun drops to the horizon, a light breeze ebbs and flows through the forest. Reflections in the dam