A rare soundscape from a
remote rainforest in Indonesia. The remote, rugged Indonesian island of Halmahera is a treasure trove of biodiversity. The rainforest-covered hills and valleys are home to a tantalising array of exotic bird species including Moluccan Cockatoo, Ivory-breasted Pitta, Goliath Coucal, Paradise-crow and the spectacular Standardwing Bird-of-Paradise. Halmahera along with its associated smaller islands form what is known as the ‘Halmahera Rainforests ecoregion’ – a relatively small, but ecologically distinct geographic area which boasts the highest endemism rate per area of anywhere in the world.

In 2019 I spent a few days recording sounds in a privately-owned and protected rainforest known as ‘Weda Forest’. Managed by the Sawai Ecotourism Foundation in association with Weda Resort, this property conserves a significant area of lowland rainforest which is home to most of the island’s endemic bird species. This album features a morning soundscape recorded deep in the forest, and captures the sounds of many bird species unique to this ecoregion. See the ‘Track Notes’ below for more information. 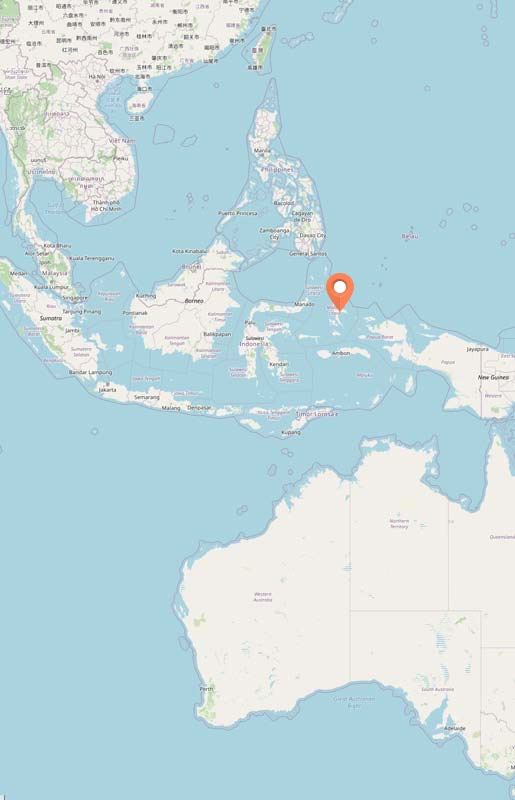 Published as a single 86 minute track, this album consists of two distinct soundscapes recorded during the same morning. The first soundscape can be heard from the start of the track until around 32:20 where it fades out with a brief, seamless overlap and the second soundscape begins and runs until the end of the track.

The album begins with a subtle early morning ambience, as the clouds lift and brighten after a night of heavy rain. Water drips from the forest canopy and frogs croak from the swampy undergrowth. The deep calls of Spectacled & Cinnamon-bellied Imperial Pigeons dominate the first 16 minutes in this gentle forest atmosphere. Huge Blyth’s Hornbills can be heard from time to time throughout the album with their wild calls and heavy wingbeats as they fly overhead.

From around 16:00 other bird species begin to call including Sultan’s Cuckoo-dove, Dusky Megapode and from 17:08 a pair of Spangled Drongos create an unusual duet of resonant, bell-like high-low notes. This is followed at 20:25 by the occasional song phrases of the endemic Dusky-brown Oriole with its short, fluty whistles.

At 32:20 the first soundscape fades away as the more active, late morning soundscape begins. This section of the recording was made a little deeper into the forest near two huge, fruiting strangler figs which were attracting a great variety of birds.

The song of the Black-chinned Whistler is a feature of this second part of the recording and throughout the remainder of the album, many of the endemic bird species found in Weda Forest can be heard. See the species list below for more details.

Like many other tropical islands, Halmahera is being exploited for its natural resources. Vast areas of forest have been cleared for timber and mining operations, including the huge 54,000 hectare Weda nickel mine not far from the recording location of this album. While these commercial projects provide some locals with jobs in the short term, they do so at a cost of the destruction of old-growth tropical forests, the displacement of indigenous peoples and threaten to pollute rivers and the sea with sediment and toxic chemicals.

Although parts of Halmahera have been declared a national park (Aketajawe-Lolobata National Park), these ‘protected’ areas receive little protection in real terms and is under much pressure from hunting and illegal logging and mining.

In the face of such challenges, the Sawai Ecotourism Foundation (Yayasan Sawai Ekowisata) was established to protect both land and sea habitats on the east coast of Halmahera. With the support of nearby village communities, this initiative works together with the local people to protect their own sea and land. ‘Weda Forest’ is a 700 hectare area of lowland forest habitat purchased by the foundation and is home to most of the endemic bird species found in the ecoregion. In addition to obtaining land for protection, the foundation is involved with educational programs teaching literacy to local children and adults, as well as training some as birding and diving guides. Read more about their work here. Recording the sounds of endemic bird species in Weda Forest with the outstanding local birding guide from Weda Resort, Bambang. 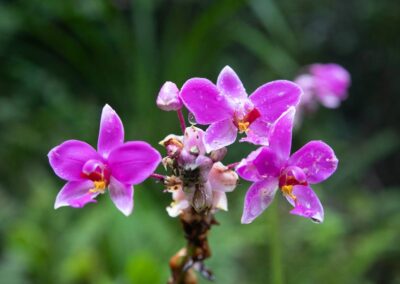