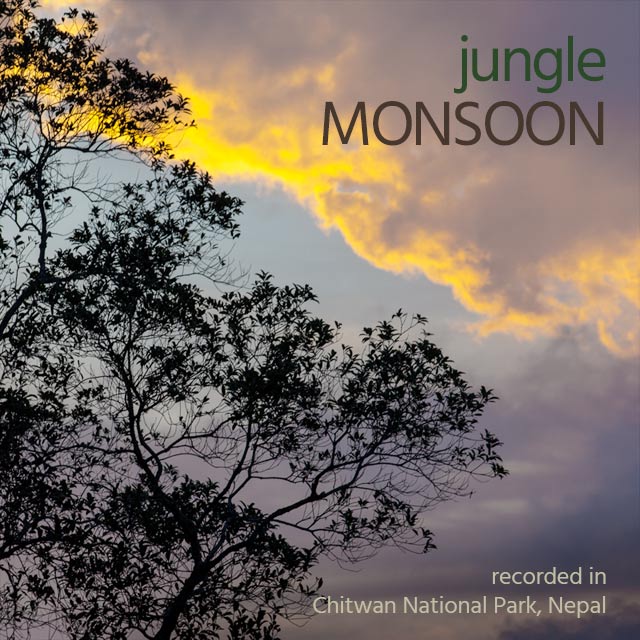 The sounds of a monsoon thunderstorm along with birdsong in Nepal’s Terai region. 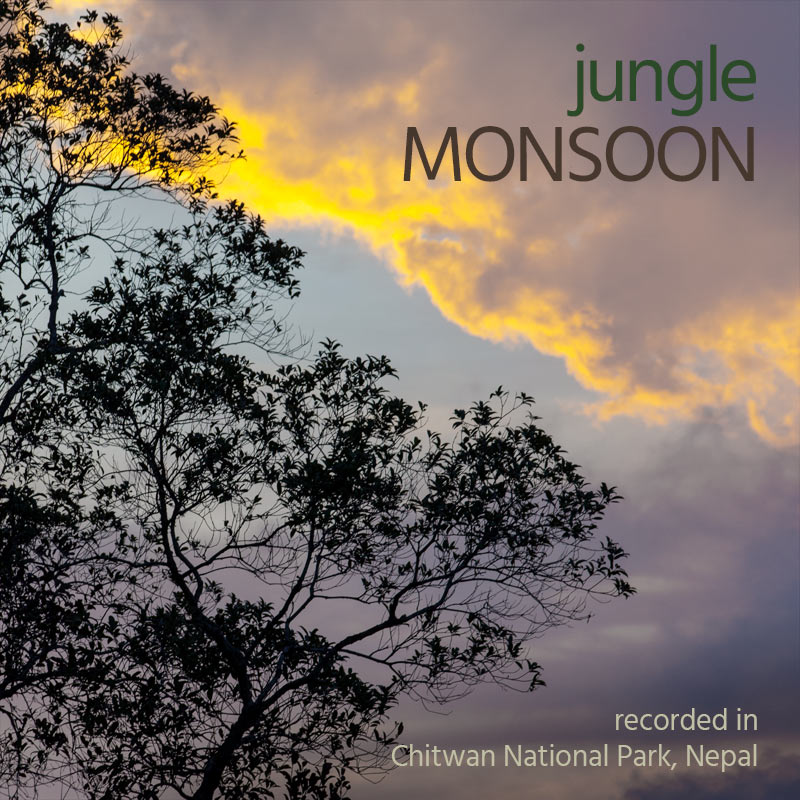 Chitwan is one of Nepal’s most popular National Parks and is a haven to some of the sub-continent’s most iconic animals. Healthy populations of Indian One-horned Rhinoceros, Asian Elephant, Bengal Tiger, Leopard and Sloth Bear live in Chitwan’s forests and grasslands, and a staggering 500 species of bird have been recorded here!

This album was recorded in riverine forest adjacent to the Rapti River, a major waterway flowing along the park boundary. The week leading up to the recording, storm clouds had been gathering in the late afternoon, and releasing heavy downpours. Before each storm, the afternoon birdsong is was particularly rich. Dark clouds continue to form over the forest, grumbling and rolling continuously. This particular afternoon, the rainfall was lighter than usual, and soon enough the storm had passed and the birds were soon singing again as the sky brightened. April in Chitwan and the riverine forests are full of life. The cooing calls of Spotted Dove are a constant feature of spring in this habitat. Woodpeckers drum & the two-note whistle of a Puff-throated Babbler is heard from the undergrowth. An Orange-headed Thrush sings musically in the background and the deep booming call of Greater Coucal can be heard from the tall grass on the rivers edge.

A thunderstorm drifts towards the forest. Thunder rolls on and on, almost continuously. Lineated Barbet, Oriental Magpie Robin and White-rumped Shama call from the forest.

A brief shower falls on the riverside forest. While many birds seek shelter, a few still call including Rufous Treepie, White-throated Kingfisher, Black-hooded Oriole, Jungle Babbler, Common Iora & Common Myna. The rain pauses briefly for a few minutes then another shower sets in.

After about four minutes, the rain begin to ease. Lineated Barbet & Cinereous Tit are some of the first to become active as the rain lightens. A White-breasted Waterhen cackles briefly from the water’s edge at 3:15 and the drumming and occasional calls of a Fulvous-breasted Woodpecker can be heard nearby. The alarm calls of a distant Sambar Deer at around 8:00 betray the presence of a predator, possibly a leopard or tiger. As the thunder continues to roll on in the background, the soundscape takes on a more gentle rhythm and the air is full of life.

The thunder gradually fades further into the background as the storm clouds drift away. One of my favourite Asian songbirds, the White-rumped Shama, whistles fluty phrases from a perch hidden deep in the forest mid-storey. 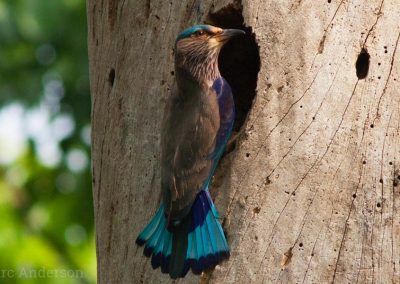 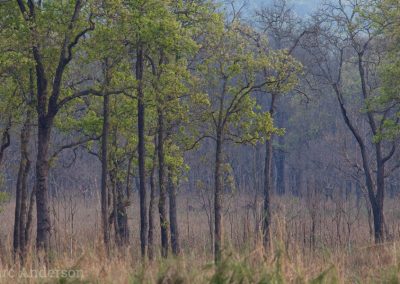 Chital stag in the forest