Australia’s largest owl is aptly named for it’s size and strength. Know to take prey as large as adult brushtail possums (see photo here!) the Powerful Owl is a formidable predator which hunts at night in the forests of south-east Australia. There are occasional anecdotal reports of Powerful Owls taking domestic cats, although I’m yet to encounter any hard evidence of this (better keep kitty inside at night just in case!).

By day, the owls usually perch on the horizontal branch of secluded rainforest tree, and for their size are surprisingly difficult to spot. They become active just after dusk, and their slow, double-note “whoo-hoo” call can often be heard in the early evening or during the last hour or so before dawn. Earlier in the year, I recorded a pair of Powerful Owls calling before dawn which you can listen to here. 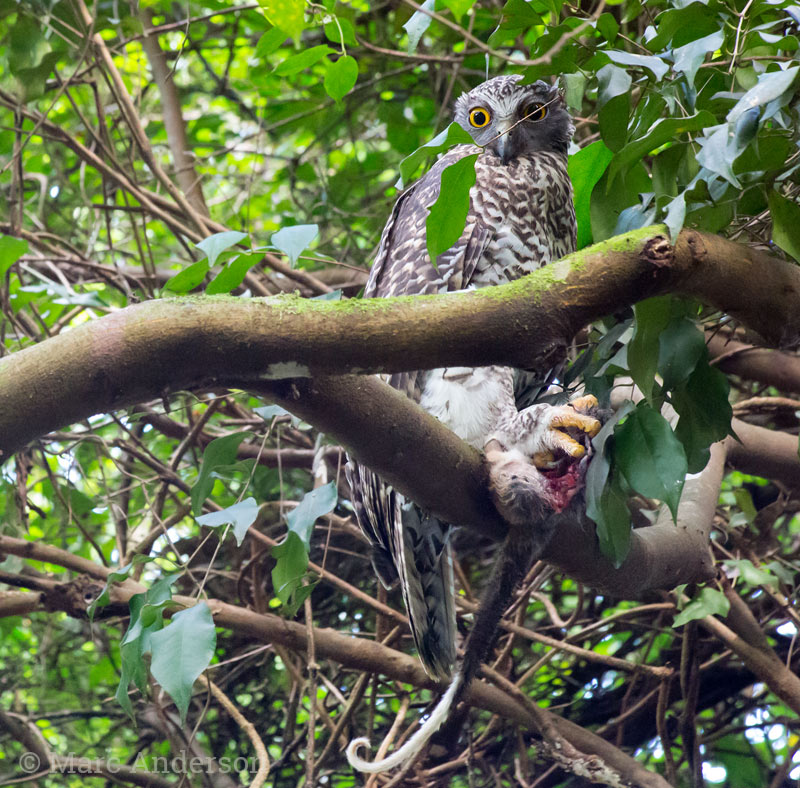