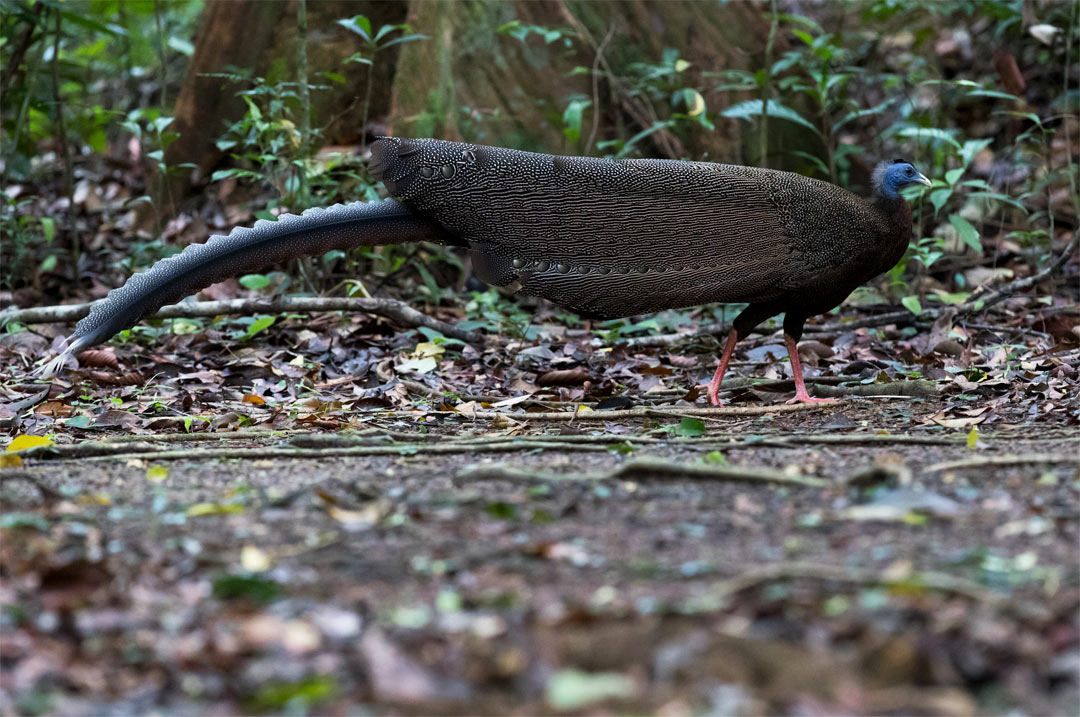 The Great Argus (Argusianus argus) is a large, spectacular species of pheasant found in the Sunda region of South-east Asia. As a result of hunting pressure and habitat destruction, Great Argus populations are in decline and the species is currently considered ‘vulnerable’ by the IUCN.

1) the distinctive loud, resonant “kow-wow” song which is often repeated (up to around 12 times). This song type is frequently given from the display ground or from a nocturnal roost.

2) a long series of single-note “wow” calls which usually start as descending notes and switch to upslurred notes of higher pitch toward the end of the series. This second call type is also made by the female Great Argus.

Another call type which has been documented is a loud sharp ‘owk’ (I haven’t yet confirmed whether this call is a male or female call, or both). Samples of these calls are published below.

This sample in the video below was recorded in Tawau Hills, Sabah (Borneo) and features the typical’kow-wow’ song of a male Great Argus.

XC407903 This is the second call type, a long series of single ‘kow’ notes which start as descending notes and then switch to upslurred notes towards the end of the series. Recorded in Tawau Hills, Sabah.
z