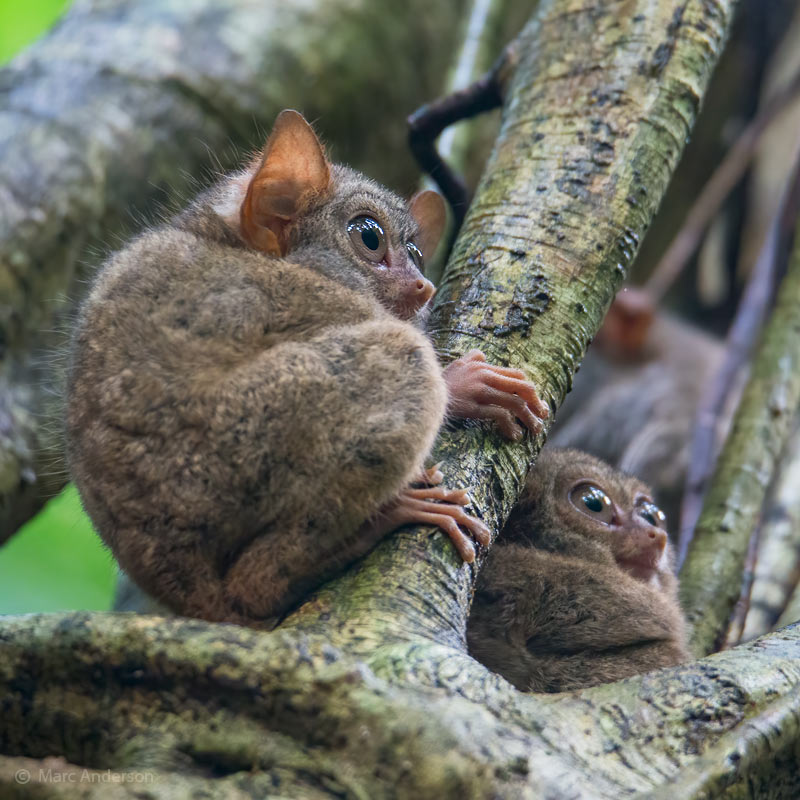 Tarsiers are tiny primates found in rainforests in parts of South-east Asia (specifically Brunei, Indonesia, Malaysia and the Philippines). In 2020 there were approximately twelve recognized species of tarsier, although it is likely others will be described in the future as further studies are carried out.

Tarsiers make very high-pitched squeaking calls and can often be heard at dusk and dawn when they leave and return to their roosting sites. Recent research on the sounds of tarsiers found that in addition to these squeaking calls which are audible to humans, they can make and hear ultrasonic calls. One study demonstrated that the Philippine tarsier (Tarsius syrichta) could make sounds with a dominant frequency of 70kHz and hear sounds that were even higher, around 91kHz! These are far beyond the range of human hearing.

The audio in the video below features a ‘duet’ sequence between two tarsiers. The calls in this sample are quite loud, but are mainly within the 6-13kHhz range so if listeners have any high frequency hearing loss they might struggle to hear them well. This audio was recorded at night in lowland rainforest in northern Sulawesi, Indonesia. The species recorded is Gursky’s Spectral Tarsier (Tarsius spectrumgurskyae).
Back to main 'Wildlife Sounds ' page...