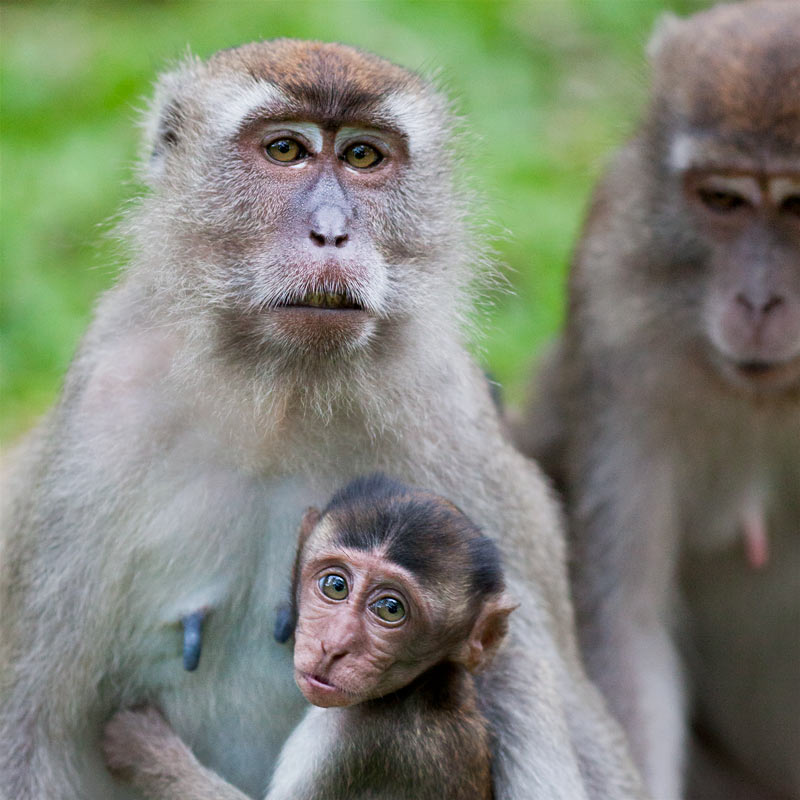 The Long-tailed Macaque (Macaca fascicularis) [also known as Crab-eating Macaque] is one of the most common primate species in South-east Asia. Its wide distribution includes Vietnam, Laos, Cambodia, Thailand, Peninsular Malaysia, the Philippines, Borneo, Sumatra and Java. They inhabit a variety of habitats including primary rainforest, disturbed and secondary forests, riverine and coastal forests as well as plantations. This species has adapted well to human development and in many places can be found near towns and villages. Long-tailed Macaques are a noisy, rambunctious species which live in large groups with a complex hierarchy. They make a wide range of sounds from high-pitched squeaks and squeals to loud barking alarm calls. Visual communication is also common in Long-tailed Macaque society, with facial expressions and body posturing playing important roles.

The audio in this video features a number of different sound types made by the Long-tailed Macaque. Recorded in two locations – Ko Tarutao, Thailand, and the Kinabatangan River, Borneo.
Back to main 'Wildlife Sounds ' page...