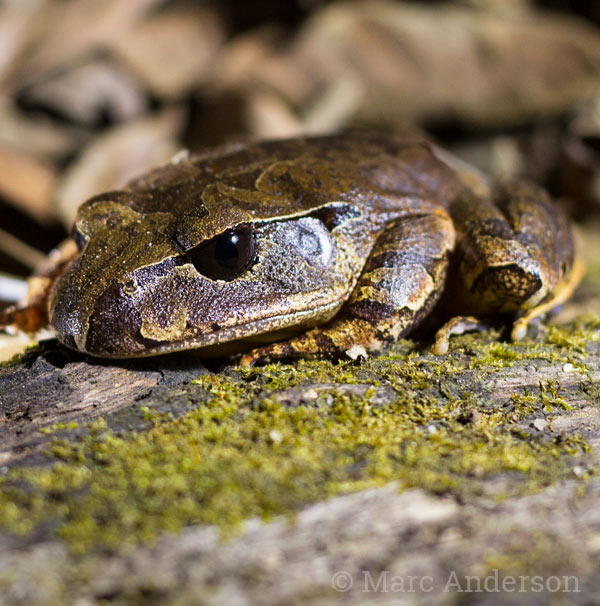 Mottled Barred Frogs (Mixophyes coggeri) are a large frog endemic to wet tropics of Queensland. They are found on the ground storey of tropical rainforests, often near streams and well-camouflaged in the leaf-litter. The tadpoles of this species are particularly large – up to 12.5cm in length!

This species makes a few different calls, most commonly a very deep, single ‘wonk’ note, although often giving as a faster series of multiple notes. They also make a hoarser, wheezy ‘waark’ note. This species is particularly vocal in the rainy season.

Listen to calls of the Mottled Barred Frog

BMN3 This sample captures a variety of typical calls of the Mottled Barred Frog. Recorded near Kuranda, Queensland. 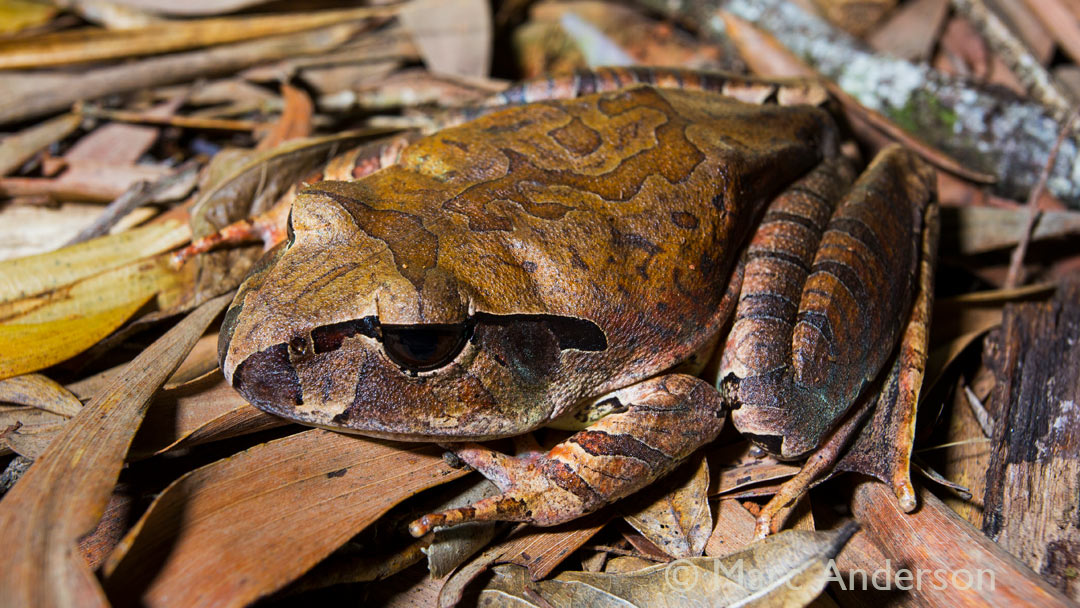