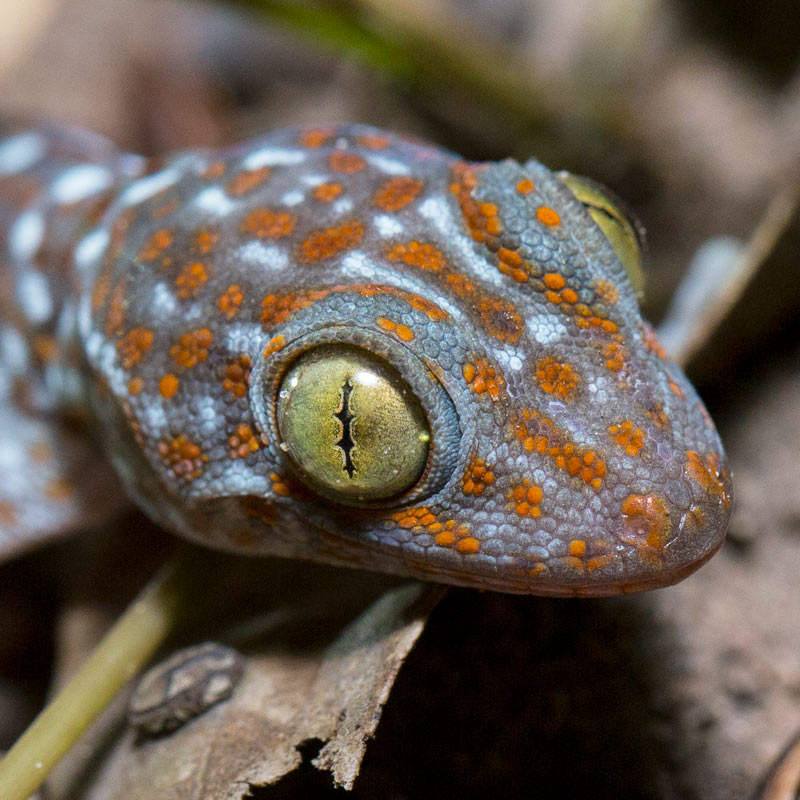 The Tokay Gecko (Gekko gecko) is a large, colourful species of gecko found throughout South-east Asia as well as Bangladesh, Bhutan, Nepal and parts of north-east India. The natural habitat of this species is rainforest, but it adapts well to disturbed environments and is commonly found in buildings in villages and towns within its range.

The loud call of the Tokay Gecko is a sound that has startled many a sleeping backpacker in South-east Asia! Their explosive series of ‘to-kay’ croaks are especially loud at 3am perched on a bedroom wall a couple of metres from your head! A typical call series starts with one or two cackling phrases of staccato notes, followed by several of the classic two note ‘to-kay’ phrases, and often ending with one or more single downslurred notes.

One recent study found that Tokay Geckos are able to adjust their call so it is more easily heard in a noisy environment. This is significant as normally this type of vocal elasticity has only been observed in mammals and birds.

This audio in the video below features the typical call of the Tokay Gecko – a stacatto rattle followed by several ‘to-kay’ phrases. Recorded in Kaeng Krachan National Park, Thailand.