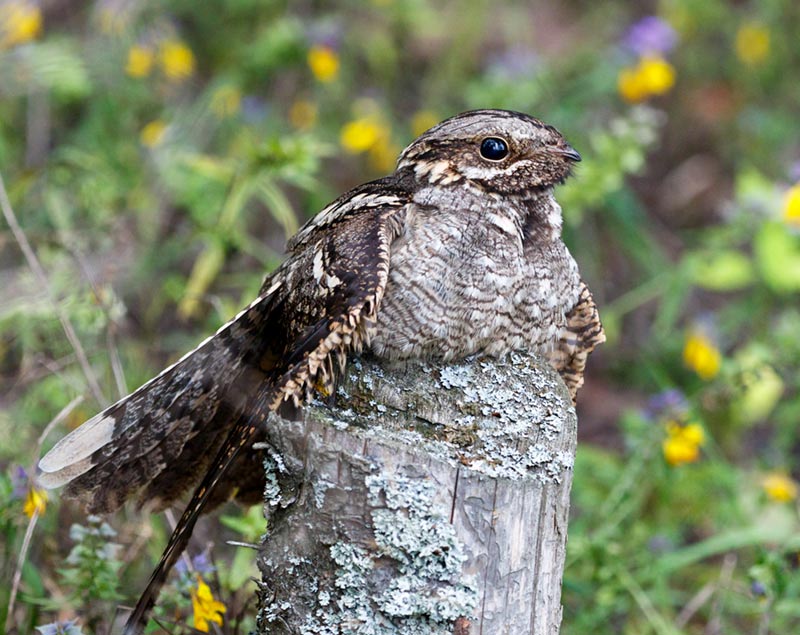 The Eurasian Nightjar (Caprimulgus europaeus) is a common species of nightjar throughout much of its breeding range in Europe, and can be found across the Asian continent as far east as Mongolia. It is also known as the European Nightjar or simply ‘nightjar’.

Eurasian Nightjars favour open and edge habitats such as heaths, moors and clearings in forests where they often hawk for insects at dusk.

The song of the male Eurasian Nightjar is a distinctive, trilling, churring sound which usually wavers in pitch. Both sexes also make ‘co-ic’ contact calls which are often given in flight. Other sounds made by this species include bubbly trills, clucking calls, wing claps, and hissing sounds when threatened.

Listen to calls of the Eurasian Nightjar

This sample was recorded in spring in southern Sweden and features the typical churring call of the Eurasian Nightjar (Caprimulgus europaeus). Toward the end of this sample there are a few wing claps as well as some ‘co-ic’ contact calls.