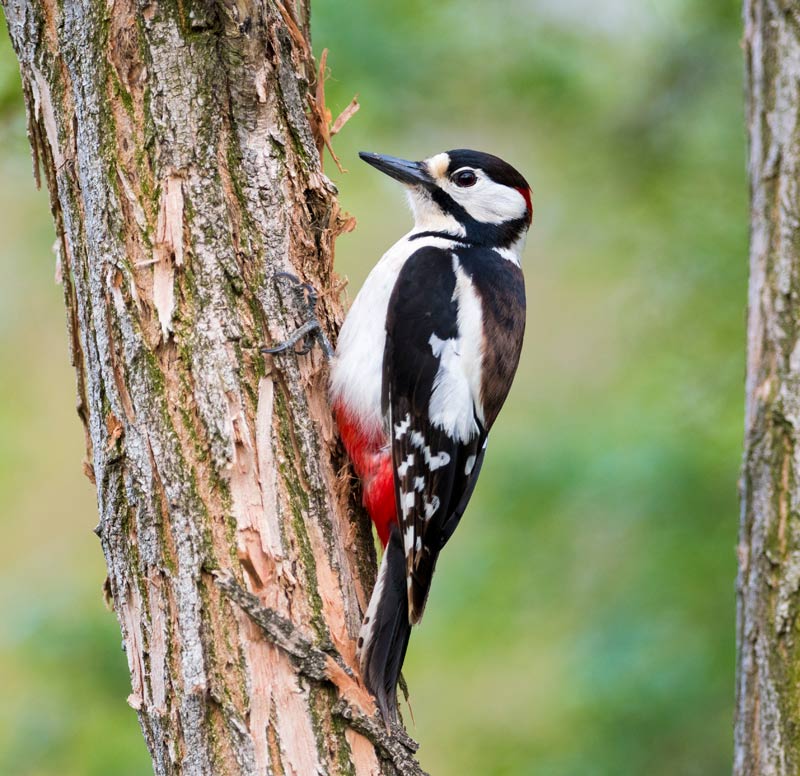 The typical call of this species is a single, sharp ‘kik’ or ‘kek’, sometimes given as a rapid series. There is also a longer chattering, rattling ‘krrakkaarr’ call.

Like most other species of woodpecker, Great Spotted Woodpeckers often communicate by ‘drumming’ – rapidly pecking / hammering on a tree trunk or other resonant object to create a pattern of sound. As well as their vocal calls, each species of woodpecker has a unique tempo, length, and rhythm to its drumming pattern. Drumming is used by woodpeckers to attract a mate and/or advertise a territory. The ‘drum’ of the Great Spotted Woodpecker is heard most frequently in spring and is usually a short, slightly accelerating series delivered in less than a second, with the individual strikes being very fast and difficult to separate.

Each of the sounds described above can be heard in the video below.

The audio in the following video features drumming sounds and typical calls made by a Great Spotted Woodpecker in a coniferous forest. This sample was recorded in Parque Natural de las Sierras de Cazorla in Andalucia, Spain. In Spanish the common name of this species is ‘Pico Picapinos’.

Find out more
Back to main 'Wildlife Sounds ' page...