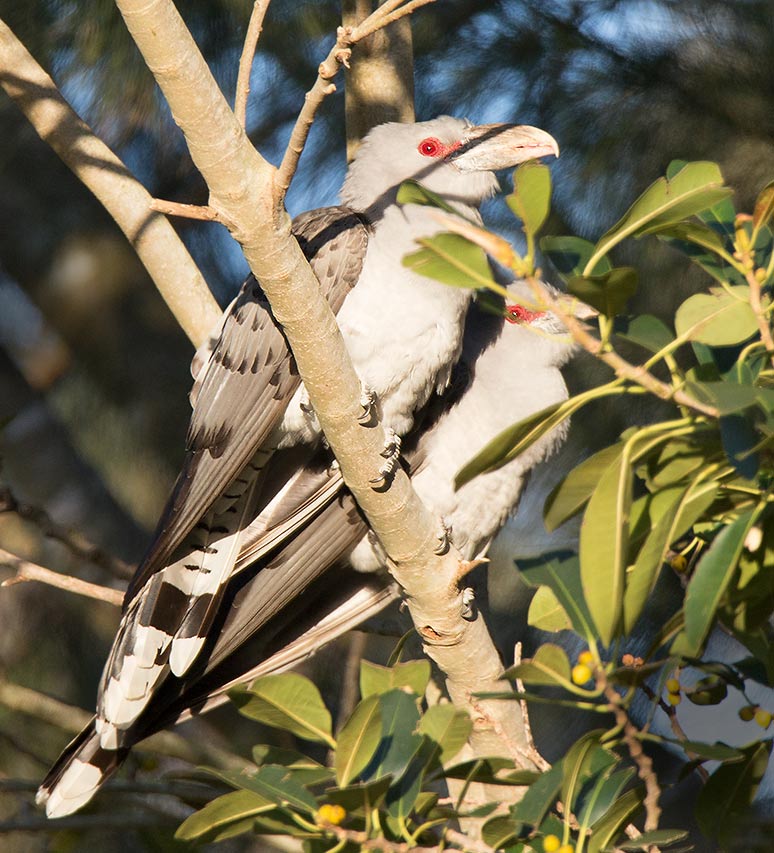 The loud, raucous calls of the Channel-billed Cuckoo (Scythrops novaehollandiae) sound like they came straight out of the Jurassic period! They are the world’s largest species of cuckoo and have a voice to match. The primeval squawks of the Channel-billed Cuckoo are commonly heard in the forests and woodlands of northern and eastern Australia in the spring and summer months.

Channel-billed Cuckoos migrate south from New Guinea to Australia to breed. They can sometimes be encountered in urban parks and gardens where there are fruiting trees such as Moreton Bag Figs (Ficus macrophylla).

The video below contains two call types of the Channel-billed Cuckoo and the audio samples underneath feature additional examples:
z


XC150468 This first sample features the typical raucous squawking song of the Channel-billed Cuckoo. This sample was recorded at night at around 1:30am in Dharug National Park, NSW, Australia.

XC295302 This sample starts with rapid piping notes which lead into the typical song. Towards the end of this cut there are some cackling calls. Recorded in Chaelundi National Park, NSW, Australia.