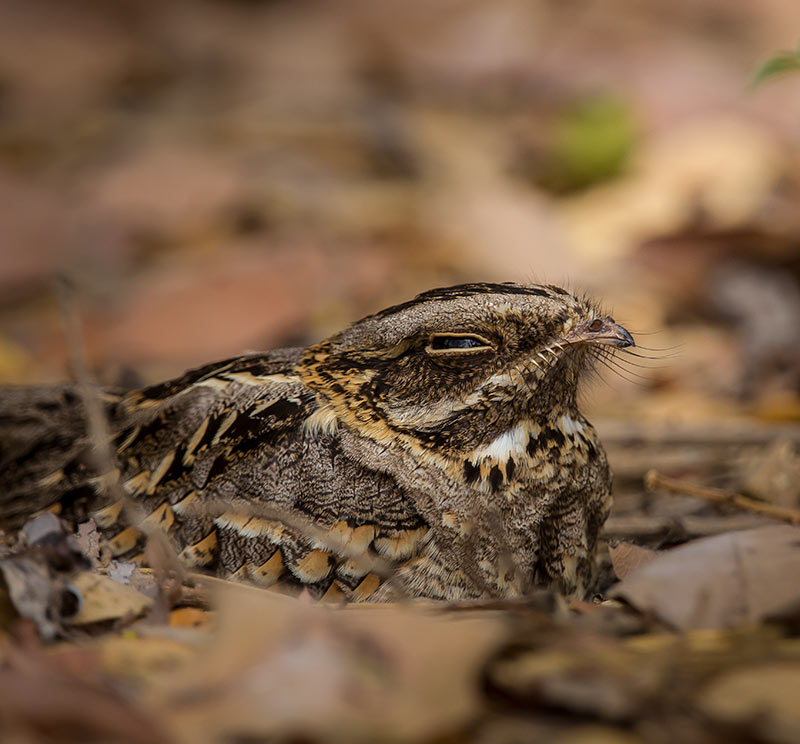 The most commonly heard call of the Large-tailed Nightjar is a monotonous series of hollow “chonk, chonk, chonk…” notes which sound a bit like a distant chopping or knocking on wood. These sounds are most frequently given just after dusk or just before dawn. The Large-tailed Nightjar also makes other calls including a repetitive frog-like croaking sound, soft growls & grunting calls, and hisses when feeling threatened.

The Large-tailed Nightjar (Caprimulgus macrurus) is a species of nightjar with a widespread distribution throughout South-east Asia, the Indian subcontinent, New Guinea & tropical Australia. The intricately patterned plumage of this nocturnal bird makes it superbly camouflaged during the day as it roosts on the ground in leaf litter or on a low branch in forest.

The audio in the video below features a variety of Large-tailed Nightjar calls. Recorded in Oyala Thumotang National Park, Queensland, Australia.


XC439605 This is another example of the distinctive ‘chopping’ calls of the Large-tailed Nightjar. Recorded at dawn in Lakefield National Park, Queensland, Australia.