Lesser Sooty Owls inhabit rainforests and eucalypt forests from sea-level up to the above 1000m on the Atherton Tablelands and are not uncommon in suitable habitat within their limited range.

Lesser Sooty Owls are quite vocal, perhaps more so than their larger cousin, the Greater Sooty Owl (Tyto tenebricosa). They can often be heard calling just after dusk or before dawn. Their calls are very similar to those of Tyto tenebricosa – the most commonly heard calls are a descending screech (which can sound like a whistle from a distance) and a harsh scraping call.

The following video contains a spectrogram visualization of a compilation of some of the audio recordings published below.

XC174110 This next sample features a series of harsh screaming calls. Recorded at dawn in Mount Lewis National Park, Queensland. 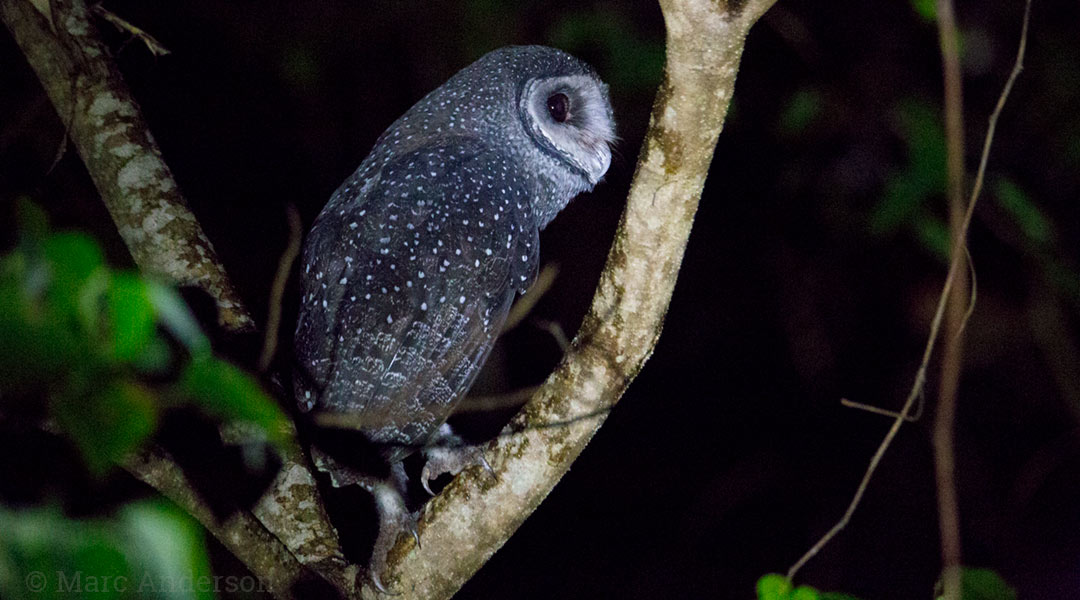