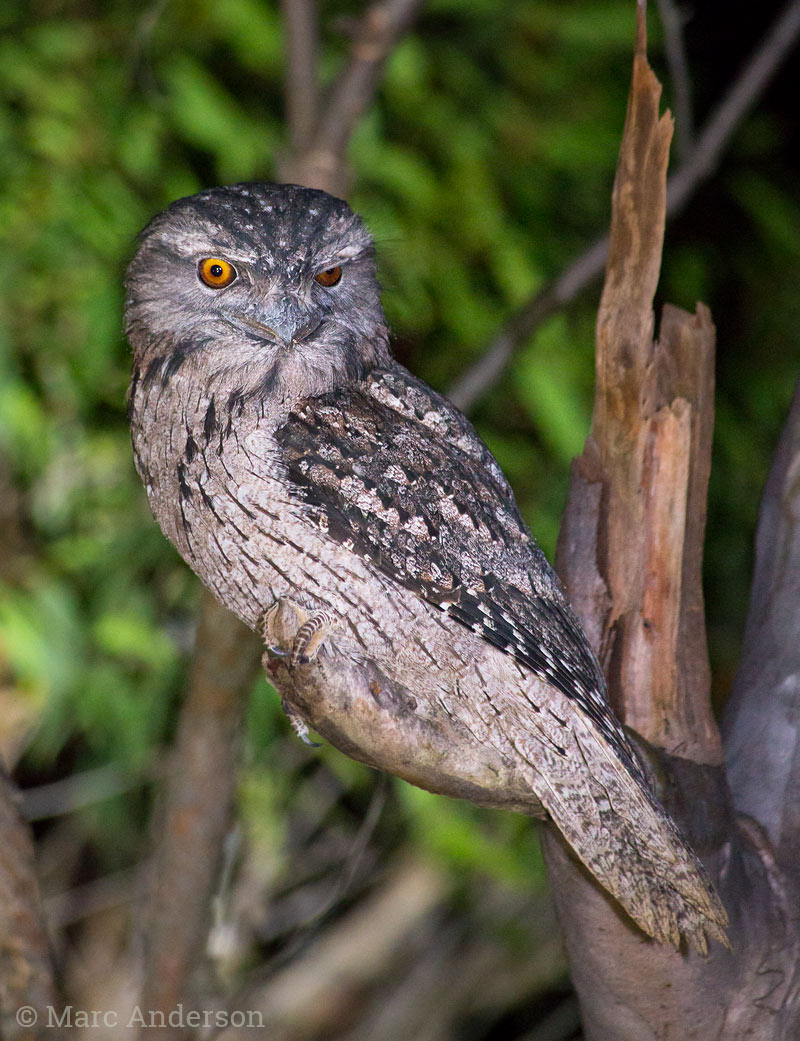 The Tawny Frogmouth (Podargus strigoides) is Australia’s most common and widespread frogmouth species and is found throughout the mainland and in Tasmania. Despite being common, Tawny Frogmouths can be hard to spot during the day due to their excellent camouflage. Their posture, plumage and colouration helps them to blend into the background while perched on the large branches of native trees such as eucalyptus.

One of the best ways to detect if Tawny Frogmouths are in the area is to listen for their calls at night. They make a few different vocalisations, but their most commonly heard call is a low-pitched, repetitive sequence of ‘ooom-ooom-ooom’ sounds. This call is a common night sound of the Australian bush, especially in spring and summer when Tawny Frogmouths are breeding. Later in the breeding season, juvenile Tawny Frogmouths can often be heard making an unusual ‘huffing’ sound.

The audio sample in the video below was recorded in Wyperfeld National Park in Victoria and captures a vibrant night soundscape with several species of birds including a Tawny Frogmouth. The first species to call on this video is a Southern Boobook in the background, with a Tawny Frogmouth starting to call in the foreground at 0:06 with a few sequences of the typical ‘ooom-ooom’ calls. Toward the end of the video, from 1:17, lower-pitched, softer calls can be heard. A Willie Wagtail & Australian Owlet-Nightjar can also be heard in the background.
z

XC434366 This is a less-commonly heard vocalisation of the Tawny Frogmouth – a fast, vibrating drumming call which is very similar to one of the common calls of its larger relative, the Papuan Frogmouth (Podargus papuensis). Recorded at Artemis Station, Cape York Peninsula, Queensland. 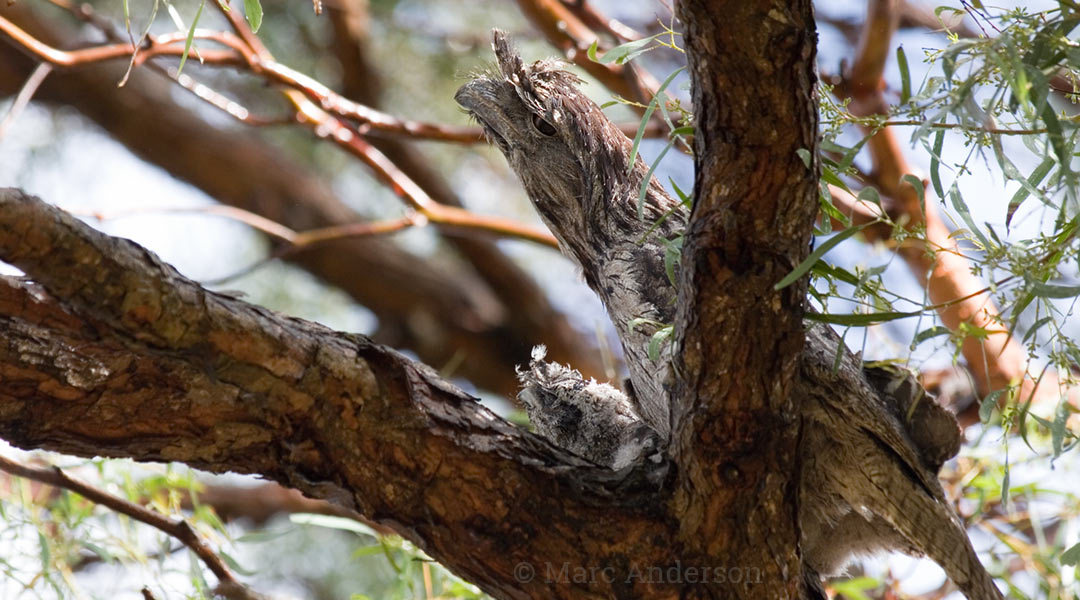