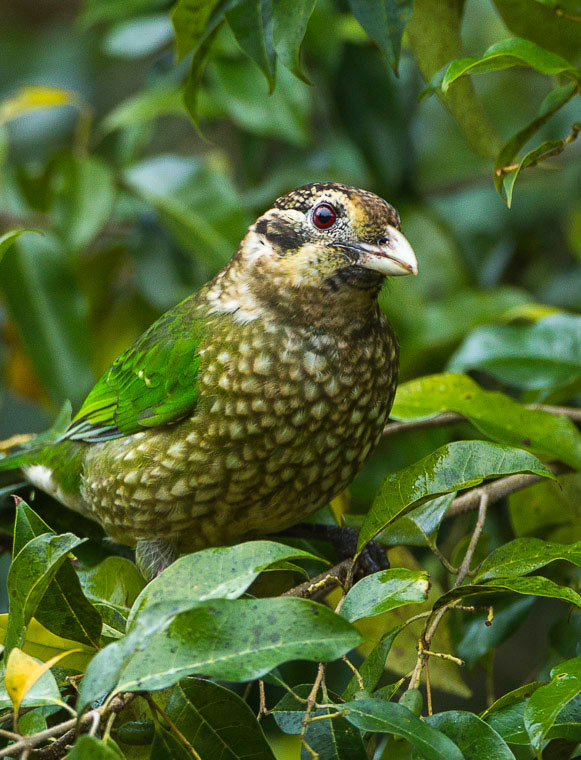 The Spotted Catbird (Ailuroedus maculosus) is a species of bowerbird found in rainforests of Far North Queensland, Australia. Unlike the typical bowerbirds (family Ptilonorhynchidae) they do not build a bower and pairs raise young together. They are an active, vocal species, often seen foraging for fruit in the forest mid-storey and canopy. Spotted Catbirds are named for their bizarre cat-like wailing calls (some say it sounds more like a baby crying!) which are a common sound of both lowland and higher altitude rainforests within their range. This species is especially vocal at dawn and dusk. They also make a few other call types including a high-pitched ‘tick’ sound and a drawn out dry rasp. The Green Catbird (Ailuroedus crassirostris) of south-eastern Australia is a closely-related species which makes quite similar (and perhaps even more cat-like) calls!

The video below contains a variety of examples of the typical song and calls of the Spotted Catbird.
z

XC527662 Another sound type of this species, these dry, harsh, nasal calls sound a bit like some of the calls made by Satin Bowerbird. Recorded in Julatten, Queensland.
z

XC527514 This sample features a variation of the typical song along with high-pitched ‘tik’ calls. Recorded in Woonoonoran National Park, Queensland.
z

XC526016 This recording features the typical cat-like wailing song along with some high-pitched ‘tik’ calls. Recorded at Mount Lewis, Queensland.
4 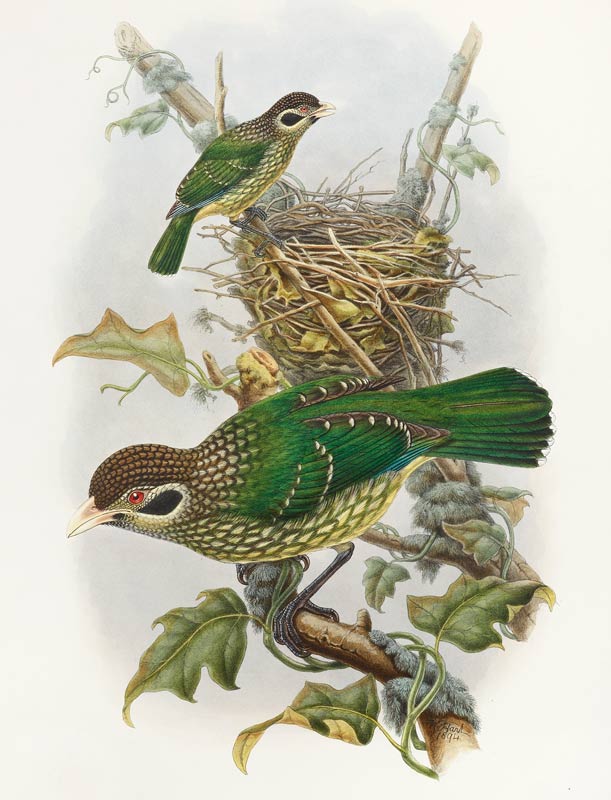