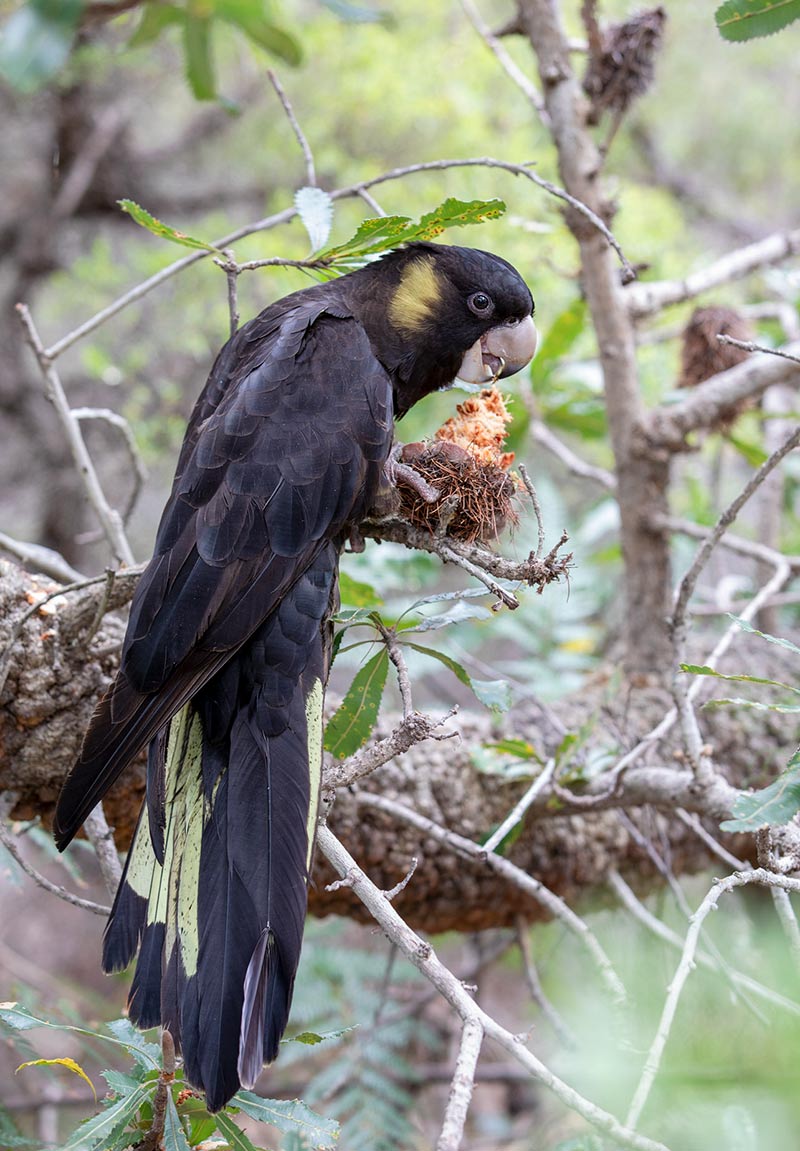 The Yellow-tailed Black-Cockatoo (Calyptorhynchus funereus) is one of Australia’s five species of black cockatoo and is native to south-eastern Australia. The most commonly heard sound made by this species is a loud mournful wailing call, often given by birds in flight. They also make a range of softer calls while interacting, often while feeding as a flock.

Yellow-tailed Black Cockatoos primarily feed on the seeds of native shrubs and trees, (they love hakeas & banksias as shown in the image on this page!). However, they will also use their massive, powerful beaks to dig into the trunks of wattle trees and even hardwood eucalyptus to extract wood-boring insect larvae. You can hear an example of what this sounds like in the latter section of the video below.

Like many other large parrot species, Yellow-tailed Black Cockatoos require large hollows typical of old growth trees for nesting. Habitat fragmentation and land clearing has contributed to population declines of this species in New South Wales and Victoria.

This video contains a variety of sounds made by Yellow-tailed Black Cockatoos, including the wailing call, softer interaction calls while feeding, and the loud creaky ripping noises of a bird digging into a tree trunk to extract wood-boring larvae! The audio samples below feature additional examples:
z

XC172224 A variety of interaction calls from a small group of feeding birds including soft squeaky wailing and a staccato cackling call. Recorded in Dharawal National Park, NSW, Australia.

XC460759 This sample starts with the harsh croaky calls of an immature bird followed by an adult making the typical wailing calls. Both birds take flight and continue to call. Recorded in Wollemi National Park, NSW, Australia.