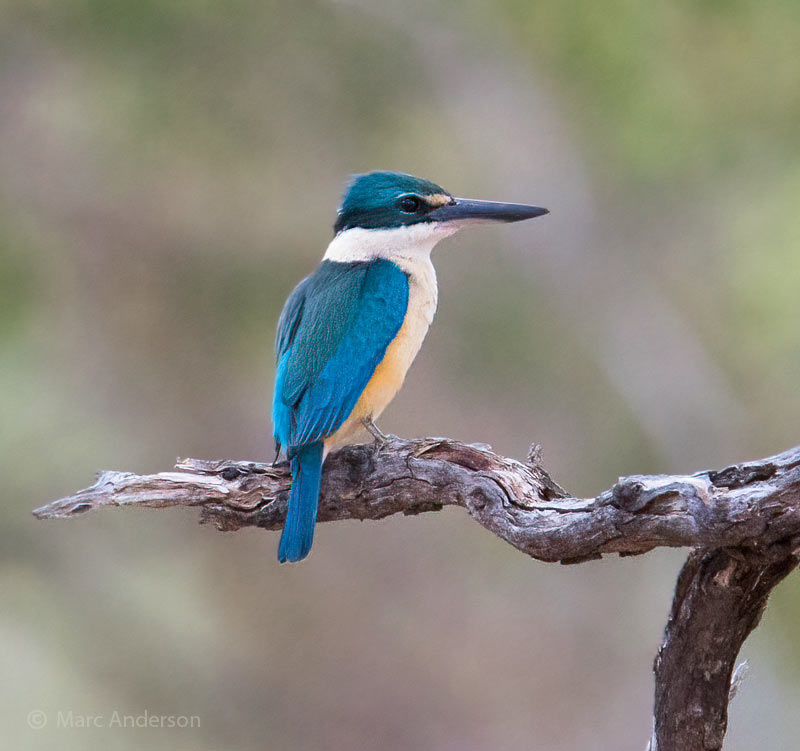 The Sacred Kingfisher (Todiramphus sanctus) is a medium-sized kingfisher found throughout much of Australasia and Indonesia. It can be found in a variety of habitats including eucalypt woodland, melaleuca swamps, mangroves, coastal scrub and beaches.

The loud ‘kik-kik-kik-kik’ calls of the Sacred Kingfisher are a common sound in spring and summer throughout much of its range. These calls are most often given by male birds as a territorial advertisement and in courtship. Other calls made by Sacred Kingfishers including grinding, trilling ‘tucree-tucree-tucree’ sounds as well as harsh scolding ‘tchaa’ notes when an intruder is present. Sacred Kingfishers can occasionally be heard calling at night.

The audio in the video below features the typical advertising calls of a Sacred Kingfisher. Recorded in Wollemi National Park, New South Wales, Australia.