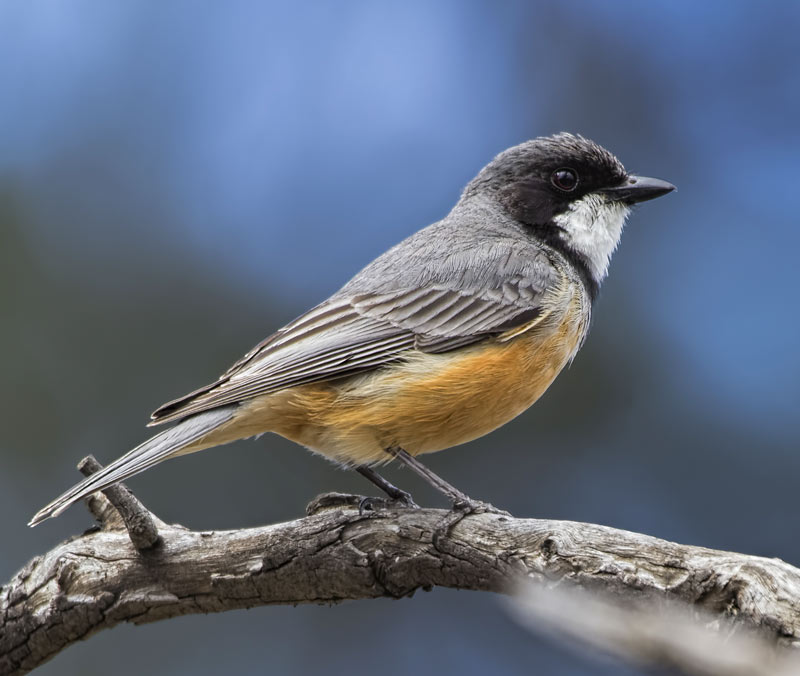 The Rufous Whistler (Pachycephala rufiventris) is a common Australian songbird found in open forests and woodlands throughout mainland Australia and also in New Caledonia.

This song of this species is loud and far-carrying – a mix of strident whistles and fast, complex phrases. Male Rufous Whistlers are especially vocal in the spring and early summer. Their energy to sing during these months is seemingly endless as they call for hours on end. I have even recorded them singing loudly while sitting on the nest!

The audio in the video below features the typical song of a male Rufous Whistler. Recorded in Nombinnie Nature Reserve, New South Wales, Australia.


XC340230b This first sample is a typical series of song and calls from a male Rufous Whistler. The song phrases often start with a few softer, single notes which quickly build into a frantic mix of louder notes and end with a fast, repetitive note which falls off in volume before it finishes. This sample was recorded in Wollemi National Park, New South Wales. XC340230

XC340231 In this next recording is another common vocalisation – the ‘ee-chong-chip’ call. Sometimes this call is given without the third note. Recorded in Wollemi National Park, New South Wales.

XC171809 In this recording a typical song phrase ends with a long series of repetitive notes which slows in tempo. Sometimes these repetitive notes can carry on for over 30 seconds. Recorded near Cunnamulla, Queensland.

XC340227 This sample contains a series of single note calls, with some atypical notes at around 7 seconds. Recorded in Wollemi National Park, New South Wales.

XC172004 This final example captures an interesting habit of this species – song in response to loud noises. In this case, a Rufous Whistler can be heard singing in response to a loud clap of thunder. Similar behaviour has been observed in a number of bird species around the world. Recorded at approximately 3am in Dharug National Park, New South Wales.