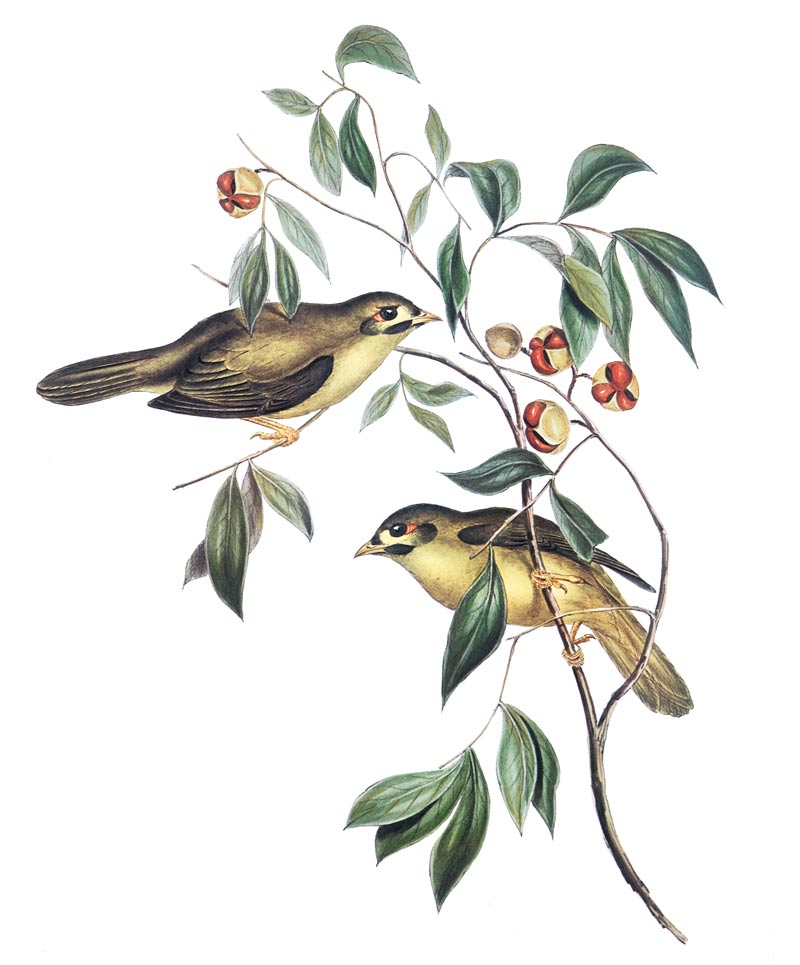 Bell Miners (Manorina melanophrys) are often called ‘bellbirds’ in Australia and are named for their unique bell-like, chiming calls. This species can be found in forests along south-eastern Australia, preferring the margins of wet or dry sclerophyll forests where colonies feed on psyllids and their lerps in the foliage of eucalypts.

Bell Miners are heard more often than seen, their loud ‘ping’ contact calls incessantly ring out across the forest from morning to afternoon and are a characteristic sound of the Australian bush. A noisy bellbird colony can sound like a chorus of high-pitched wind chimes, often with individual bellbirds making ‘tink’ notes at slightly different frequencies.

Although Bell Miners are a native Australian species and a natural part of eucalypt forest eco-systems within their original range, their populations have increased significantly as they readily colonize disturbed forests. In addition, they are an aggressive species and drive out other honeyeaters and insectivorous bird species from their territory. Bell Miners have been implicated in the spread of forest dieback, in addition to other factors such as forest disturbance.

The audio in the video below features typical sounds from a Bell Miner colony. Recorded in Watagans National Park, New South Wales.
z 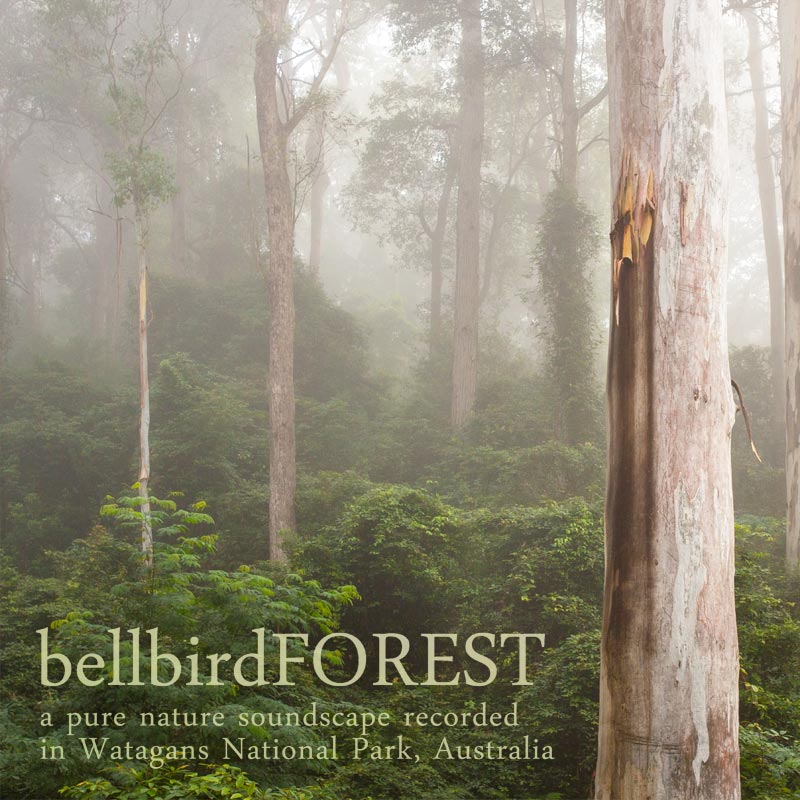 A relaxing soundscape featuring the sounds of Australian Bell Miners.