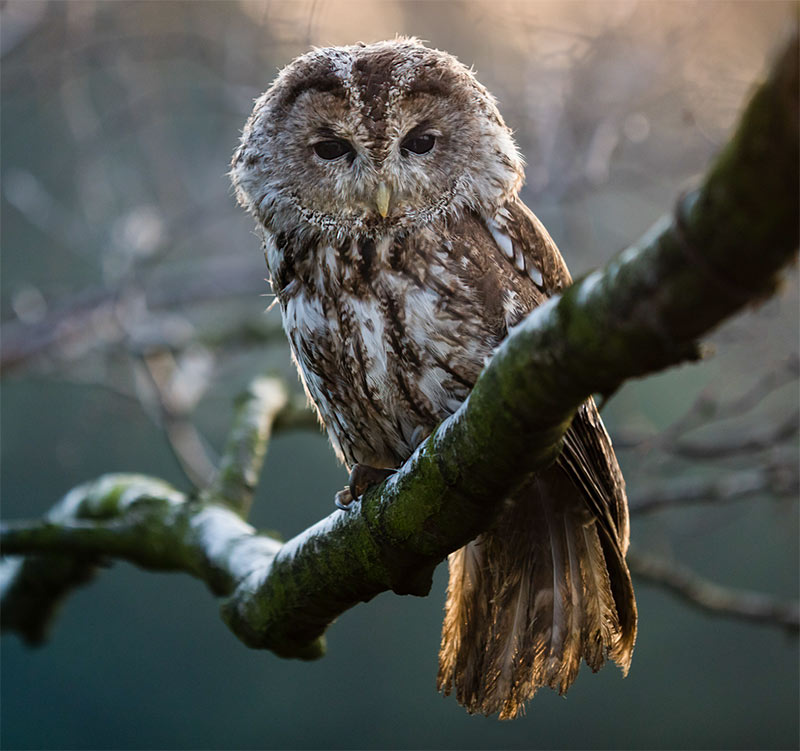 The Tawny Owl (Strix aluco) is a medium-sized owl species common throughout the United Kingdom & much of Europe.

The typical ‘hooting’ call of the Tawny Owl consists of a quavering first note ‘twoo’, followed by a pause then a tremolo second note which falls in pitch – these ‘hoot’ calls are usually made by the male. Female Tawny Owls make often make sharp “kee-wick” sounds. Male & female Tawny Owls make these calls in duet, creating the iconic “twit twoo” sound which many people know this species for.

Tawny Owls are a nocturnal species and their calls are most frequently heard at night, although they can occasionally be heard during their day calling from their roosts.

The audio in the video below features the typical hooting calls of a Tawny Owl reverberating in a forest in southern Spain. Recorded in the Parque Nacional Sierra de las Nieves in Andalucia. In Spanish this species is known as el Cárabo Común.