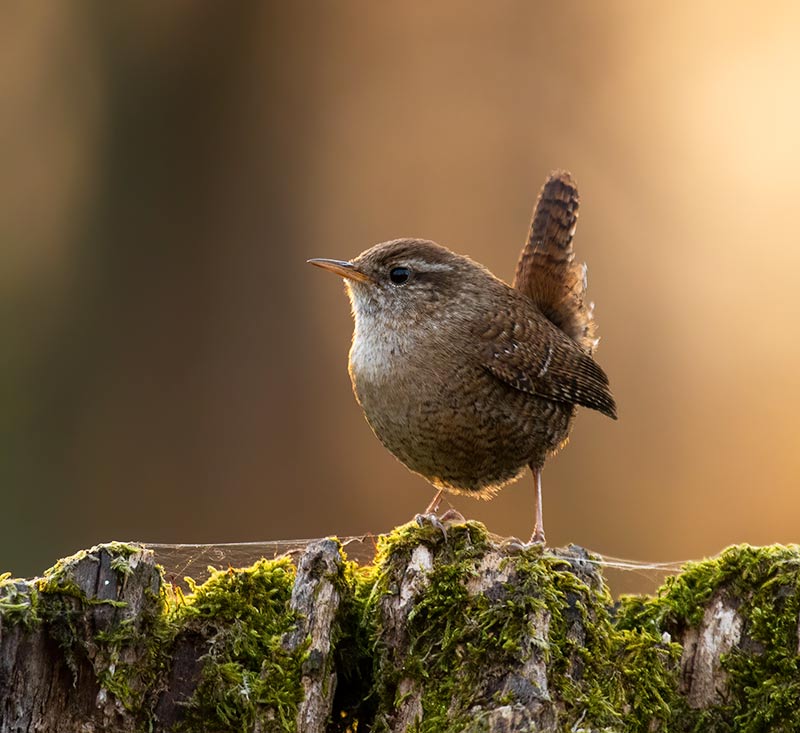 The Eurasian Wren (Troglodytes troglodytes) is a tiny songbird with a surprisingly loud and vibrant song. Often simply called ‘wren’ in the UK, this species is common throughout the British Isles and Europe, and can often be heard singing in urban gardens. Although often considered a ‘European’ species, its distribution stretches beyond Europe across the Asian continent as far as Japan and the Kamchatka Peninsula in Russia, hence the name ‘Eurasian’ Wren.

The song of the Eurasian Wren is a rich, complex series of tinkling trills and whistles. It also makes short, sharp ‘tac’ contact calls & other ‘tiuch’ calls. Only the male wren is known to sing. Song accents vary somewhat throughout the distribution. As an example, the video and audio samples below feature examples of Eurasian Wren songs from both the United Kingdom & Nepal.

The very similar Winter Wren (Troglodytes hiemalis) replaces this species in North America and has a similar song but with distinctly different phrase patterns and timbre.

The audio in the video below features at least two Eurasian Wrens singing in a temperate woodland. Recorded in early spring in Nunty’s Wood in the United Kingdom.
z

XC134599 This audio sample features the typical song of a Eurasian Wren singing in Nepal (subspecies nipalensis). This recording was made at around 3500 metres altitude in the Langtang region of Nepal.
z

XC134599b This recording features typical ‘tiuch’ calls of a Eurasian Wren in Nepal (subspecies nipalensis). This recording was made at around 3500 metres altitude in the Langtang region of Nepal.
Back to main 'Wildlife Sounds ' page...